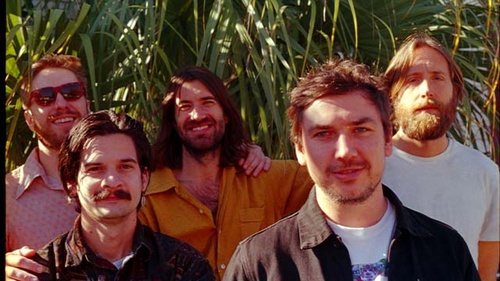 With a rock-rooted sound that doesn’t shy away from radio-ready hooks, SUSTO keeps listeners engaged by refusing to occupy an easily defined space.

Osborne wrote his first songs as a 14-year-old in small town South Carolina, sneaking time with his late grandfather’s parlor guitar that his parents had actually forbidden him and his three rowdy brothers to touch. “So I’d go steal it out of my dad’s closet whenever they were out of the house,” he recalls. “It only had like three strings on it. I remember figuring out how to do barre chords, and I wrote a three-chord song about a girl I liked.” Drawn to music and supported by parents who just hadn’t wanted their boys to break a family heirloom, Osborne played in bands throughout high school, military school, and college.

When Osborne moved to Havana as part of a study abroad opportunity, he thought he was abandoning music for anthropology. But the Cuban musicians and artists he befriended had other ideas. They were among the first to see that SUSTO––and the music that would ultimately fuel it––captured him too well to remain an afterthought. Re-energized, he returned to the States half a year later and recorded SUSTO’s first album. Just after the release of the band’s self-titled debut album, Osborne faced a clear choice. “It was a weird moment. I just had to finally quit keeping one foot out of music and dive in. So, I got knuckle tattoos and haven’t stopped trying to make this work since then,” he says with a laugh.